I'm sure you've heard the old proverb: 'If at first you don't succeed, try, try again'. That could be the motto for this, my fourth of six baby quilts.

I began with some bright blue, green and yellow four patch squares like this: 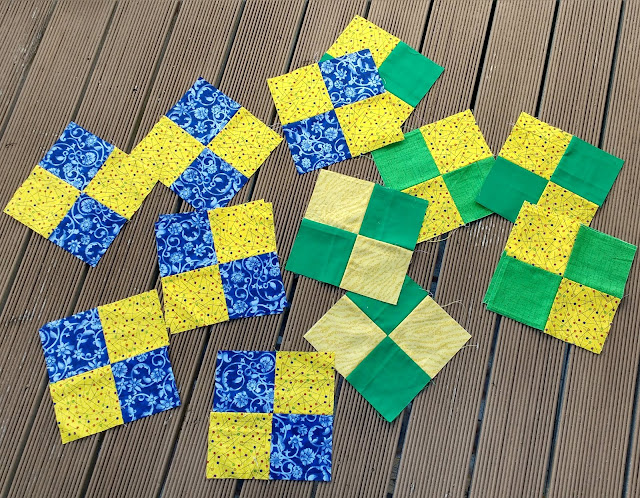 because the colours seemed just right to go with the novelty print I had. The aim was to add a third colours, possibly a turquoise in a similar fashion to quilt number three: 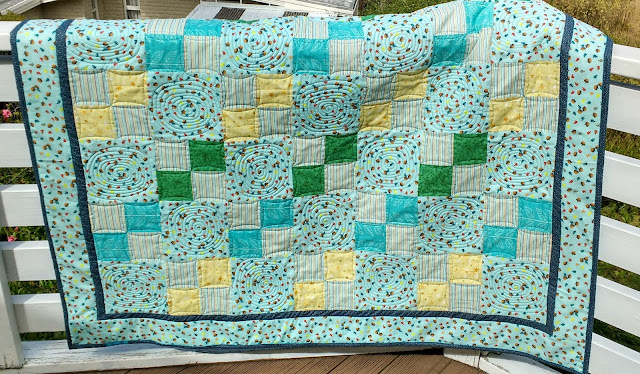 But when I began to lay it out it all just seemed too much - I don't know whether you've ever had that feeling? I trust I'm not the only one! What to do? A trip to the local fabric shop was in order - I really did need a couple of pieces for a contrast in another idea I had....

Then I began to think about making the novelty fabric a snowball block but did I really have the patience to create all those corners and sew another seam so as not to waste the half square triangles that could be created if I snipped them off?

Well, I'm pleased I did because it worked out like this: 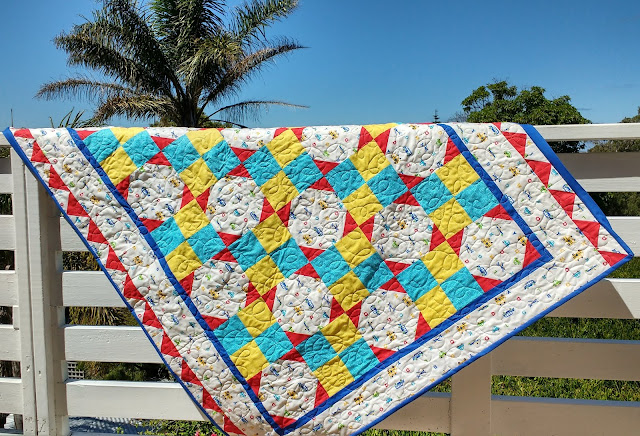 I wasn't going to post until it was completely finished, but I wanted to grab that last bit of sunlight on the deck for the photo. And I will complete the binding today. The small strips of fabric that I'd bought for the four patches weren't quite enough for a similar sized quilt to quilt three - my original intention was that the strips would only make up a third of the blocks, along with those original blue and green ones. But I thought it needed the same fabric throughout, so I used up those half square triangles on the sides to make it a much better rectangle than it would have been without them.

And I had fun free-motion quilting a loop across it all. It makes for a softer finish too. 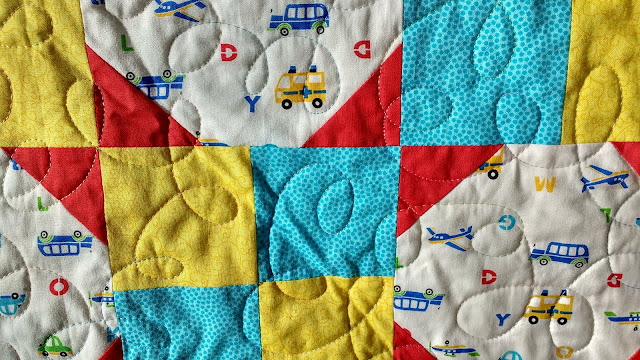 And for the backing, I was so pleased to have picked up a new quilt cover that I didn't have a particular use for at the time, but was such a bargain I thought I'd get at least two backings from it once I unpicked it. It's a soft floral that came in ideally for this baby sized one and so I'm sure I'll get three more from it. 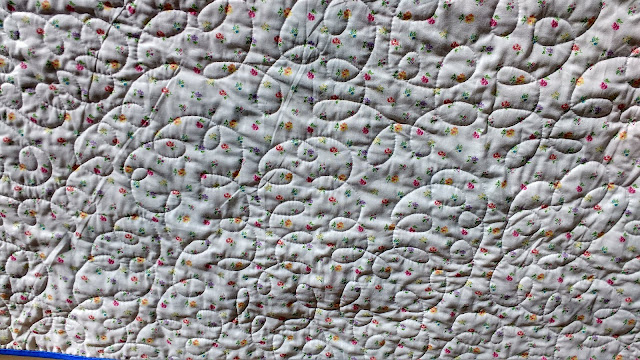 Those creases should wash out and make it lovely and soft. So there you have it, quilt number 4 and two more in the works to share soon. This holiday break is proving to be very productive.