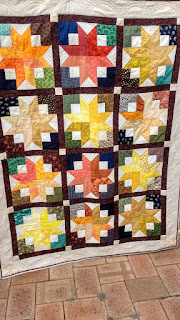 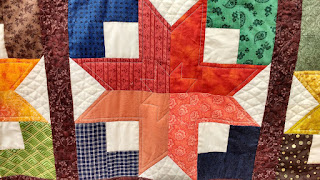 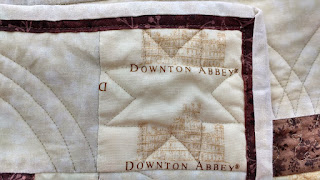 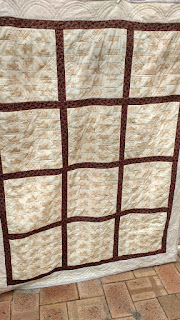 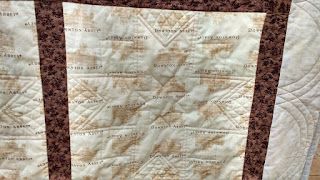 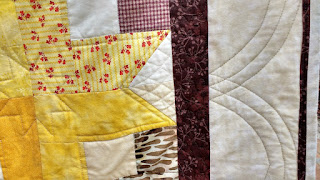 Having been inspired by Kate [smiles from Kate] with her thread catcher, thought I'd give one a go. The first was for me, with some fabric I've had for a while and seemed appropriate with its pins: 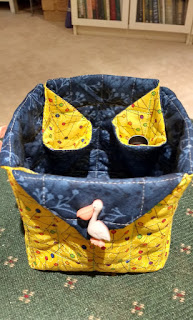 I decided to leave the corners inside the catcher, so that I could pop things like a thimble, scissors, unpicker etc inside it.  I also used some buttons I've had for a while, sea themed - hence my pelican here. What fun! This one is from a 12" square, then I thought I'd try the slightly smaller sized, 10" for a friend: 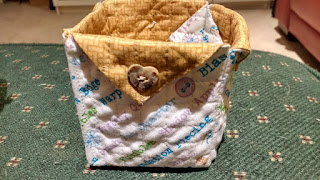 I also tried the French seams [thanks to Connie Kresin at Freemotion by the River] on two sides, while leaving a couple of the corners inside.
I think my friend will enjoy her smaller catcher, and it matches a mug rug I made a while back. When I placed the two catchers side by side though, I think the 12" is a little easier to just toss the threads into and take the things out of the corners. Great satisfaction in small projects. 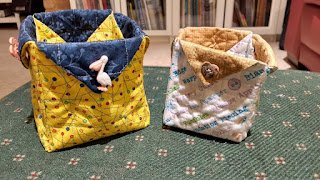 Now, back to my list! It seems to have at least 4 quilts on it - how did that happen?
Until next time,
Lynn 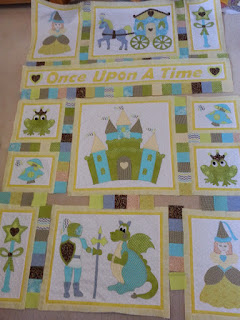