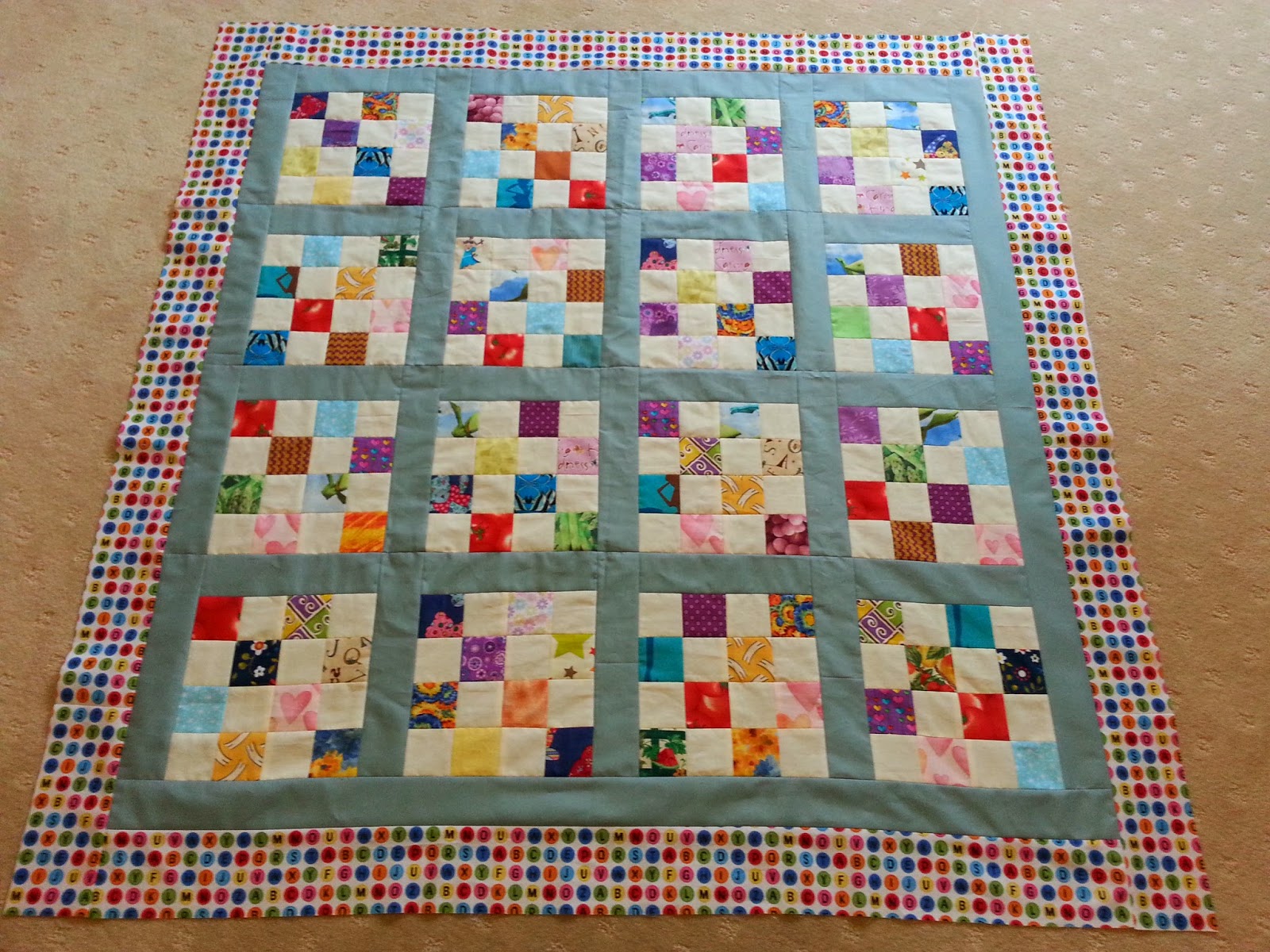 Until next time, I'm linking up to freshlypieced.com
and Needle and Thread Thursday (My Quilt Infatuation)
Lynn
Posted by Lynn at 7:09:00 pm 1 comment:

It's been a busy week but it feels good to have quilted and finished 2 quilts. Sad that they are both destined for women who have the terrible disease of our generation it seems, cancer. I hope these 'fabric hugs', as I like to think of quilts, brighten their day a little.
The first is my 'low flutter' quilt, low volume in blues and a butterfly feature fabric. I wasn't sure how to quilt this one, but thought I'd give an all over free-motion swirl a go and I think it worked out OK. The weather was glorious and my roses just peeping over the top make me smile. 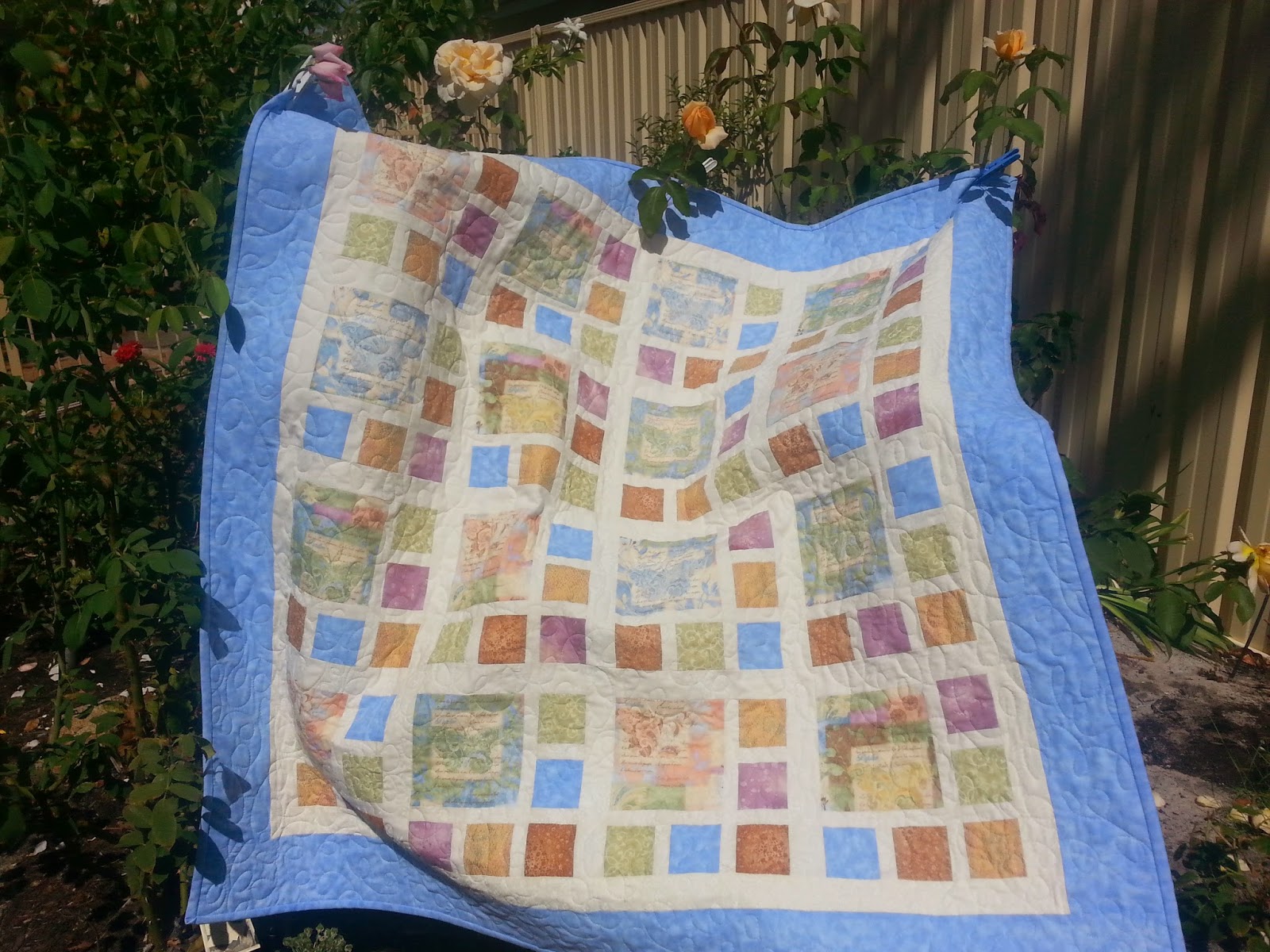 The backing is a soft apricot with the off-centre feature fabric, which I've also come to like, despite the fact that it wasn't originally destined to be off-centre! 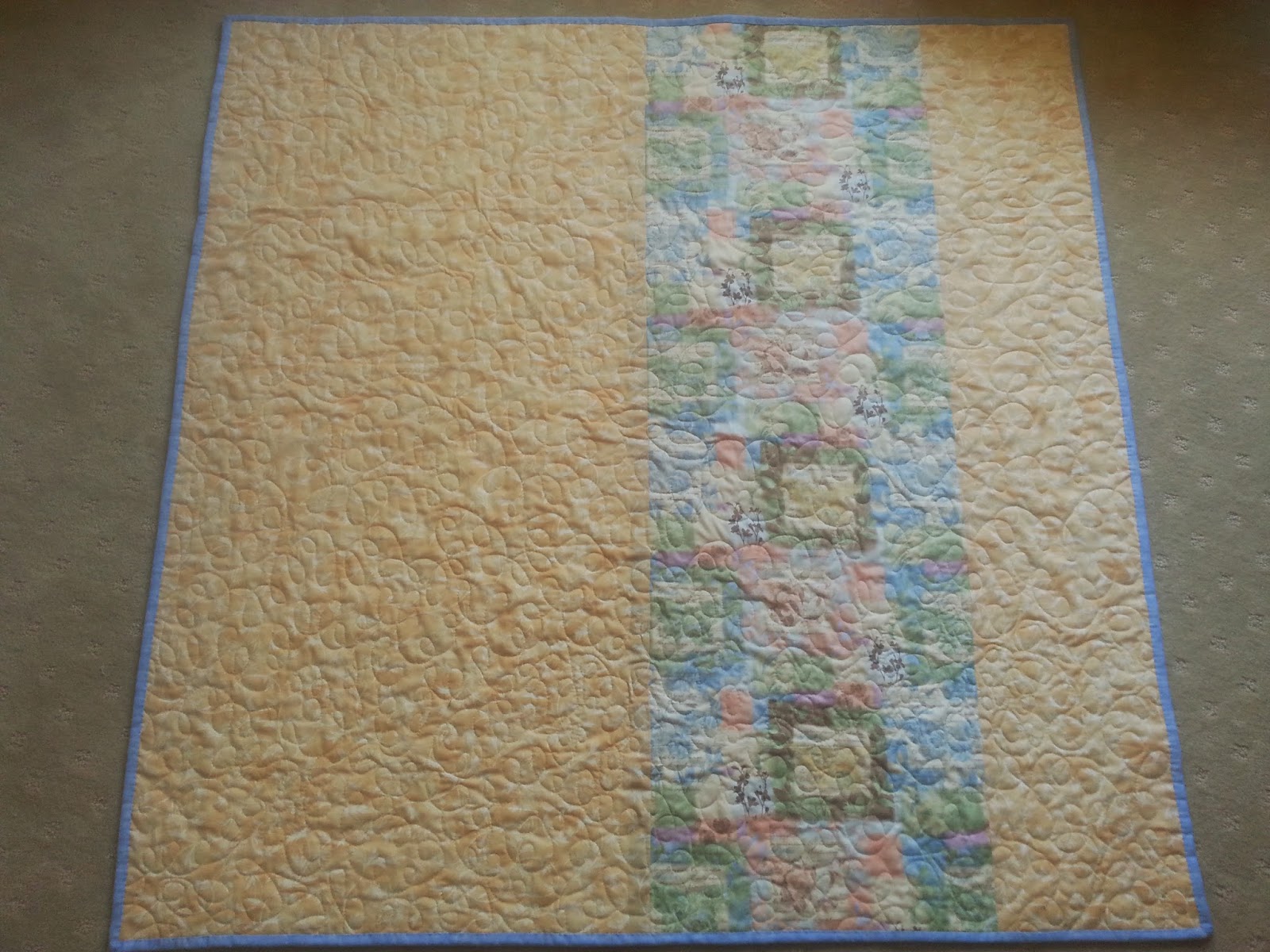 The second quilt is my rainbow connection. The timing worked out well for a number of people at church to sign in the spaces of quilter's muslin and I quilted it with a simple line from the yellow sections, like rays from the sun. After auditioning a number of fabrics for the binding, I think the 4 colour variations seem to fit. Again I trust it will bring a tangible sign of love and care. 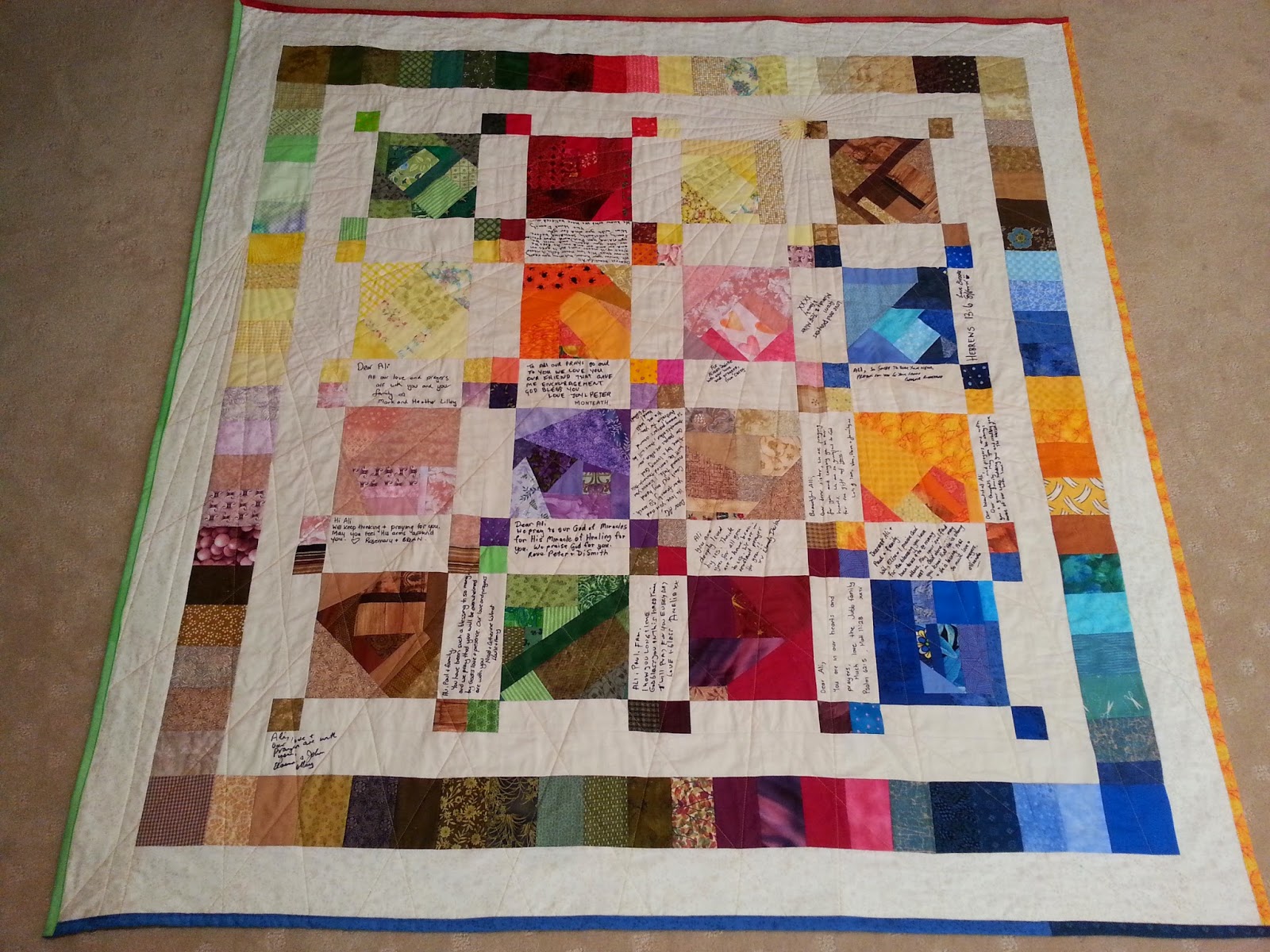 This week I hope to be onto fun children's quilts as I seem to know so many who are pregnant and due very soon - such are the varied experiences in the spectrum of life.

Linking up with Confession of a Fabric Addict.

I seem to have quite a stack of left over child friendly fabrics. As I've made various baby or toddler quilts over the years, there's always just a bit left over and then I need to purchase more for the next and so on it goes.
So in an effort to keep using them up, I'm starting on what I suspect may be a few 2 inch block quilts with various homespun fabrics as sashings. This is the first.

This is my work in progress to date, just the squares done, not even joined up yet. One of our local fabric shops had a special on homespun ($2 AUD per metre). I bought 3 different colours/shades one a pale pink and the other 2 shades of grey. I carefully auditioned and chose a lighter shade of grey and put it on top of all my novelty prints. Then somehow as I moved things around I managed to pick up the darker grey! I'm hoping that once I have the quarter inch seams and a brighter border, the grey will look less prominent.
Meanwhile I'll also continue to quilt my low flutter - so far about half done and happily a loopy free-motion pattern is working out quite well.
Until next time,
Lynn

My low volume flimsy I blogged about on Feb 5 is now together, with its pale sky-blue border. I'm quite happy with how it's come together.

I also have the backing pieced. I used the fabric that I had fussy cut the butterfly squares for the larger pieces in the top. It worked out off centre, though that was not quite the plan. Somehow when I carefully measured and then halved the pale orange fabric, then cut, it didn't end up where I expected! I realised I cut the whole of the backing in half, rather than half of just the orange. No matter I'm sure the recipient won't mind.

The challenge now is to sandwich and then quilt. How to quilt, isn't that often the dilemma? I don't have a long arm, so my free-motion quilting is very free. I'm thinking to try something swirly, so I'll try and take it slowly starting from the centre and take frequent pauses.
Then my next challenge is my rainbow connection quilt top. There's always something else to be going on with isn't there?

I'm linking up with Work in Progress Wednesday at Freshly Pieces and Needle & Thread Thursday at My Quilt Infatuation.
Lynn
Posted by Lynn at 5:57:00 pm 4 comments: