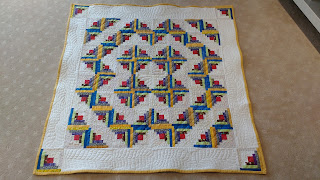 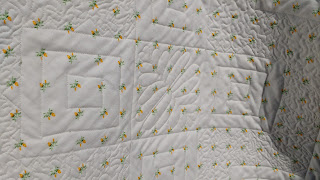 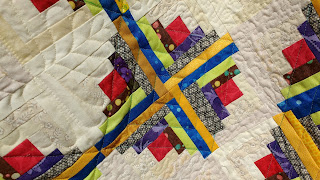 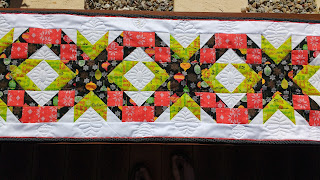 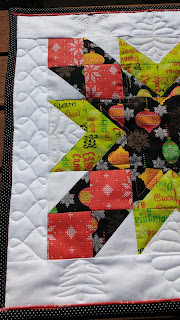 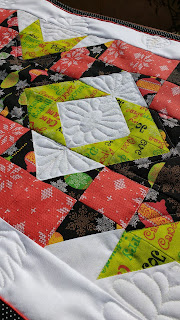 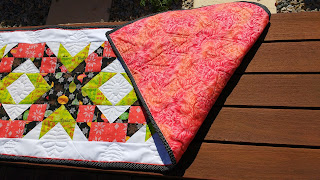 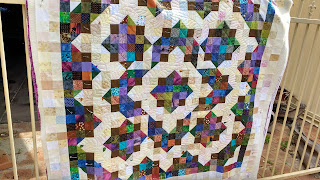 Its definitely that time of year, the time of making new Christmas runners, small gifts for people and the like. 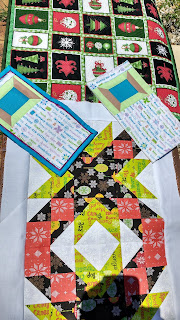 I've completed one table runner that was just a panel, but I had great fun free-motion quilting the 60 small blocks it had with various patterns - from simple outlining, to stippling and lines like Christmas lights. And it is one that is finished, so that's a good thing! 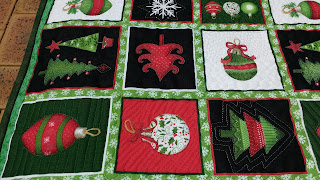 I've also nearly completed (just binding to add) on a couple of mug rugs for a couple of friends of mine. I also explored the flange or piping addition to the binding on the first one. I didn't realise how easy it was [thanks to instructions from Aunt Marti http://www.52quilts.com/search/label/Tutorials] 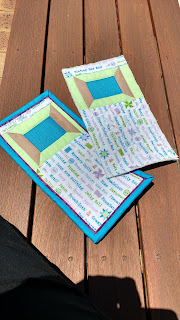 That will be a help when it comes to quilting and binding my other table runner.
This one was a quilt along that I joined in - hoping to have it done by Dec 4 but that didn't happen! Maybe early next week I'll get it finished then. 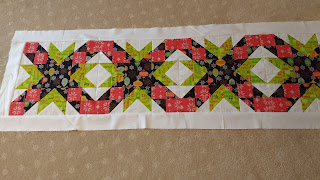 Hope your Christmas plans are coming together. I still haven't put up the tree, but also hope that will be achieved over the weekend.
Until next time,
Linking up with Quilt Story; Freshly Pieced Quilts and Confessions of a Fabric Addict.
Lynn