I've had a wonderful week - a few days spent in one of the best places on earth to me - Goode Beach in Albany. It's about a 4 and a half hour drive from Perth, but such beautiful coastline. 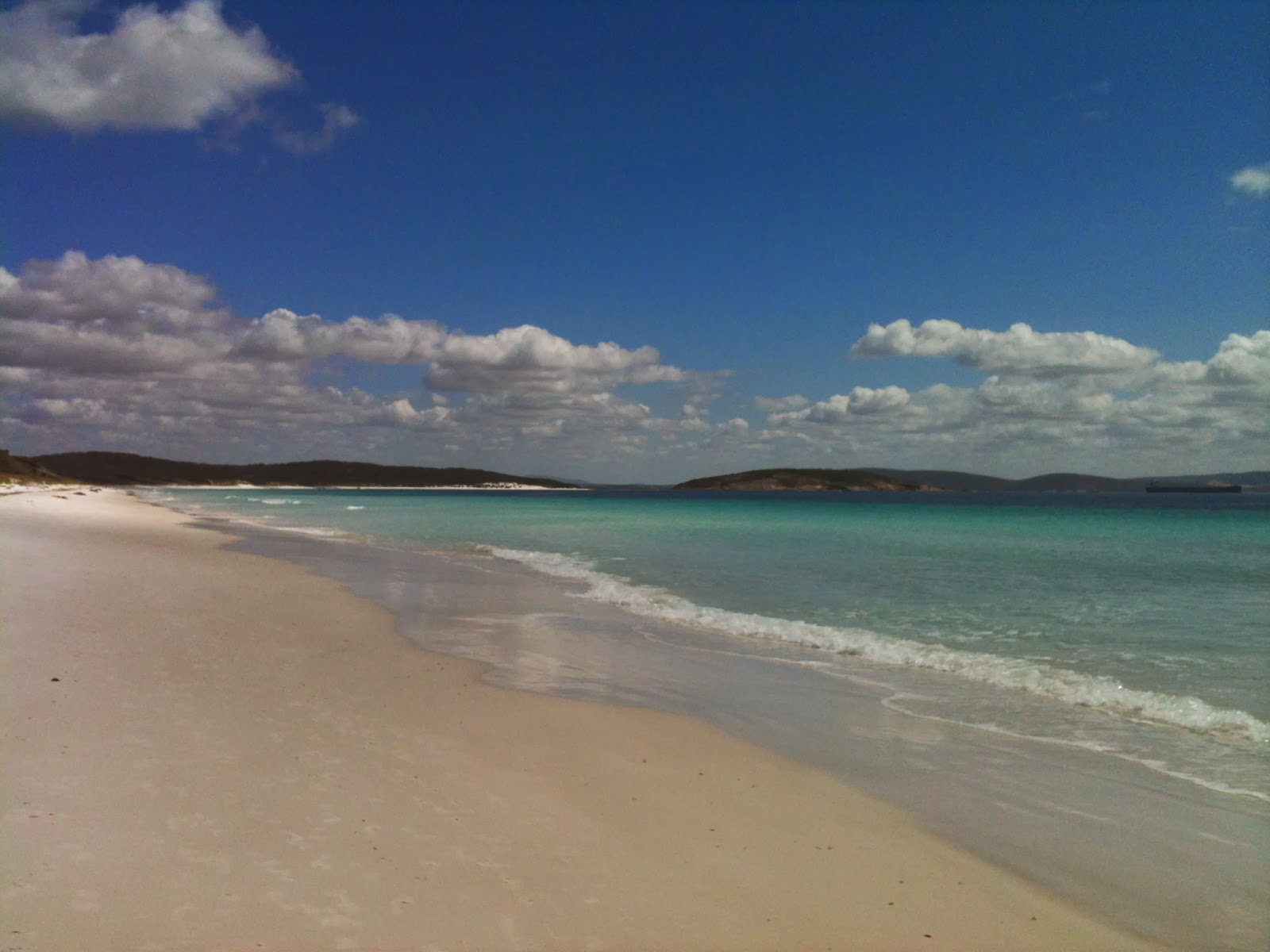 As you can see from the photo, it was a quiet day at the beach, other than a woman in a black and red bikini. She inspired me that my 'shocking pink' bra wasn't too different from her two coloured two piece. And it was my 55th birthday, so what did I care? I stripped off and entered the opal like turquoise water - it was magnificent - refreshing but quite warm and I revelled in it. The only other woman I passed as I returned along the beach was so busy searching for a signal and then talking on her mobile phone I don't think she'd have noticed if I'd been in my birthday suit!!

So to home after a restful stay with a friend there whose home has magnificent views of the ocean - very peaceful. And back to my 'Pooh bear' quilt for a friend who is due to deliver her son in March. 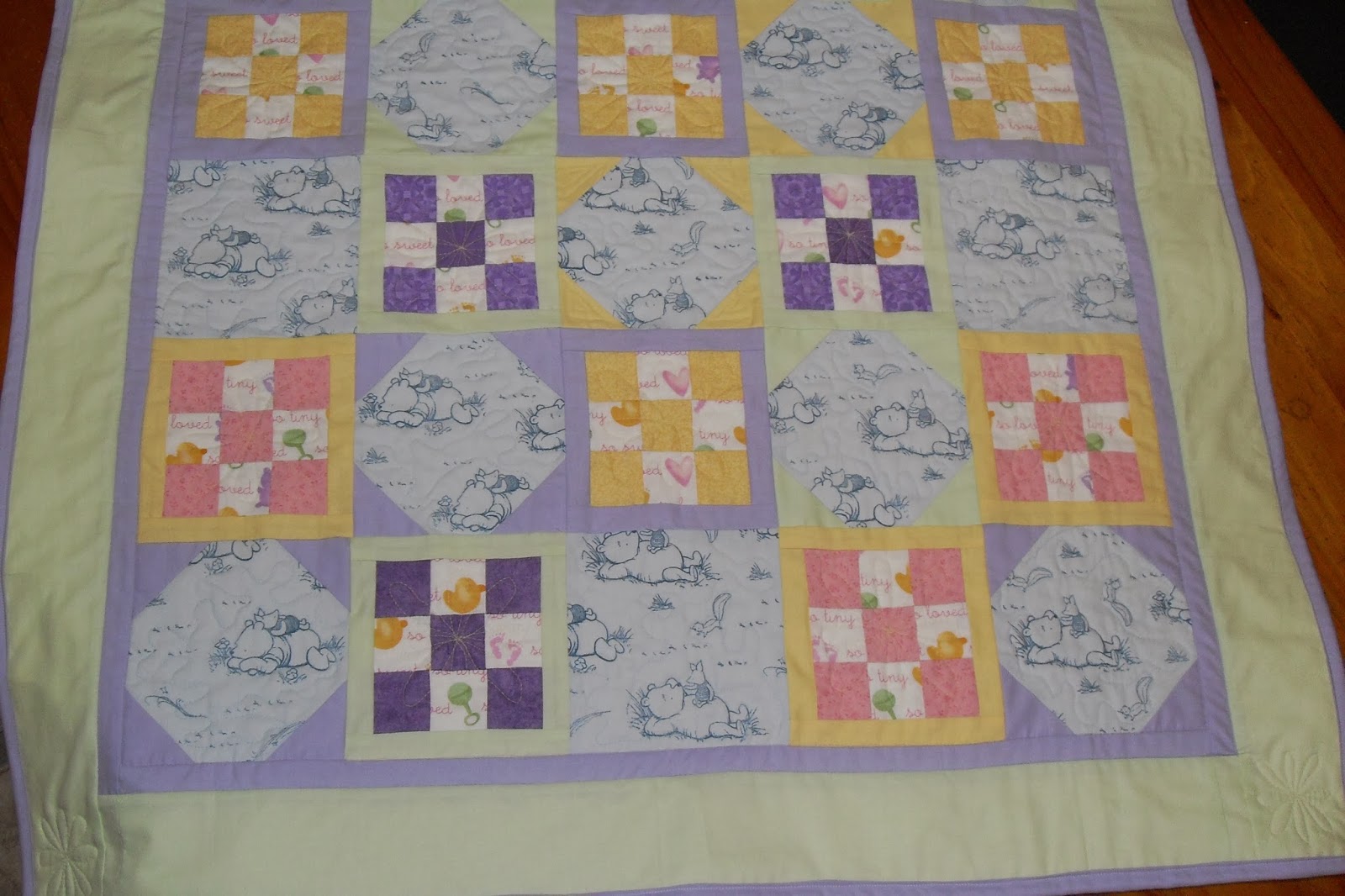 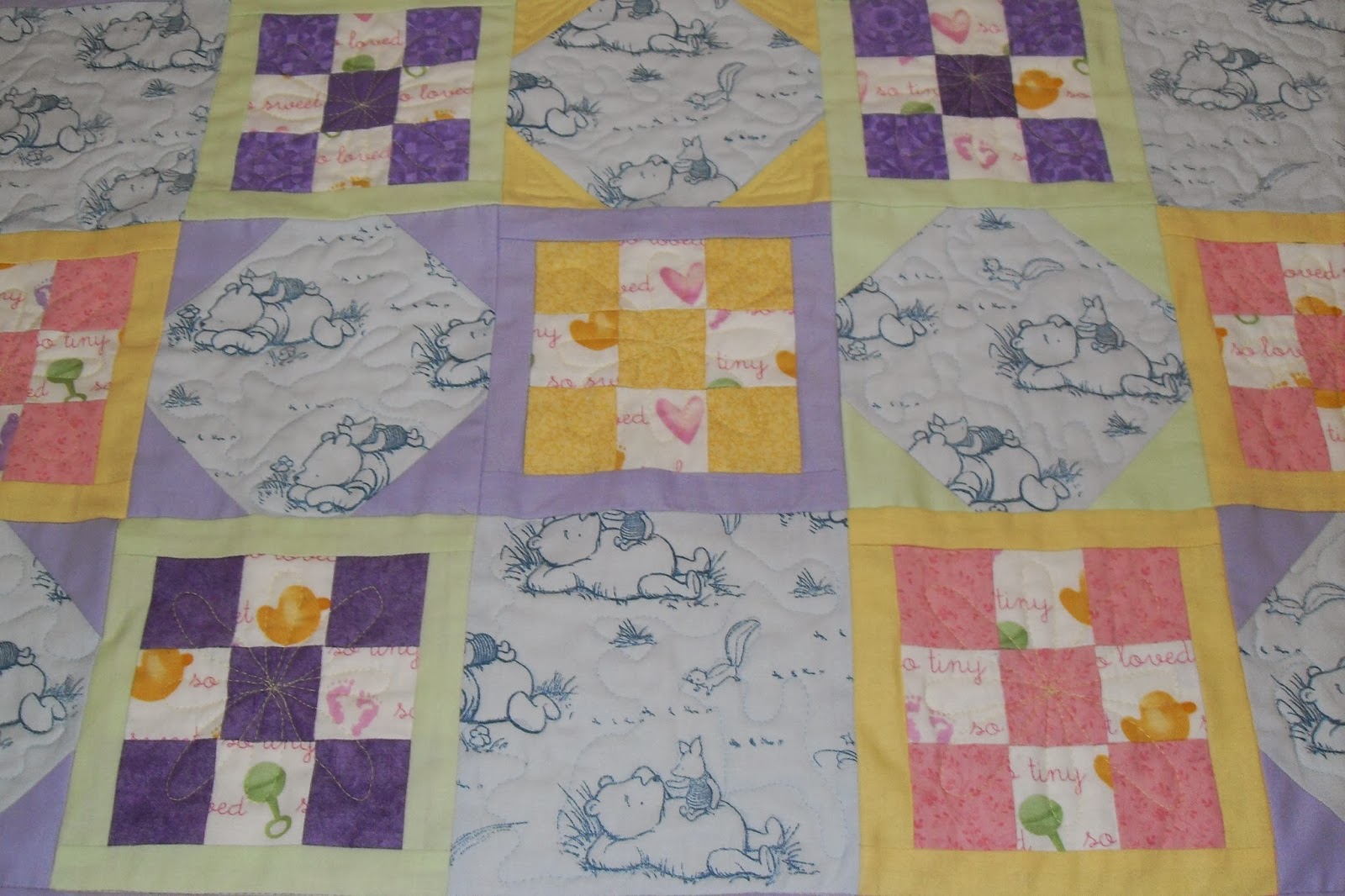 I've now added the binding and the stipple quilting in the squares plus a daisy on the nine patches. I took my 'better half's advice' - (he really does often know best) and used a flash inside with a 'day time' globe. Getting better at the photos. I do enjoy the free-motion quilting and gradually am improving, as everyone says it just takes practise, practise, practise.

I'll link up with Confessions of a fabric addict.