While this post is called Unstalled, it had its inspiration about Stalling - thanks to Rachel for that post.
I have been busy, but haven't posted about 3 recent finishes. The first used up some four patches that hadn't quite fit in earlier baby quilts I'd been working on early in the year.
Here it is and I'm much happier with how its come together now. 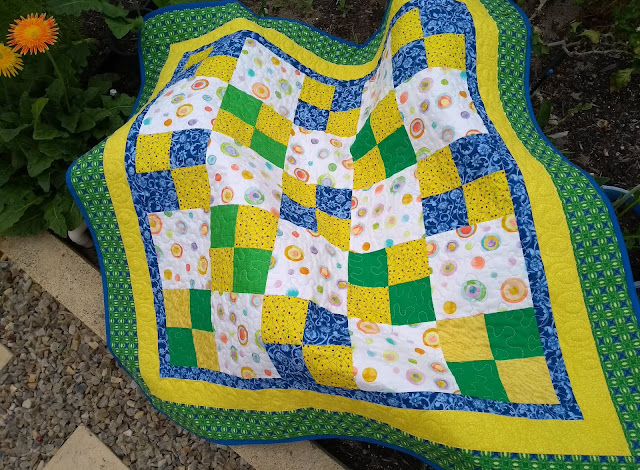 I quilted a simple large meander over it and some loops in the yellow border. The backing was a piece also on hand that kind of reminds me of Christmas decorations, but I thought it went ok here. 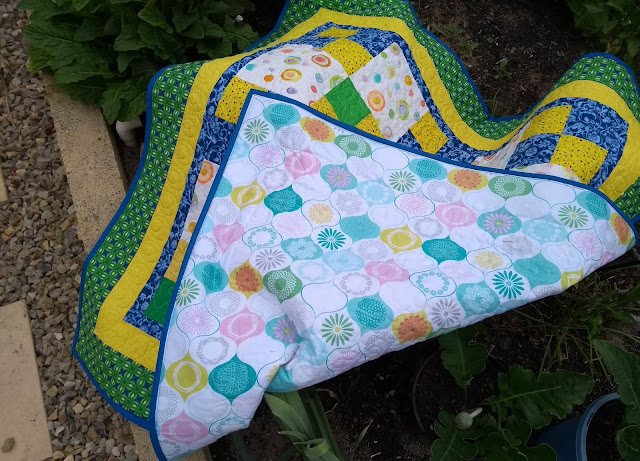 So that's the first of my 3 finishes. The second comprises some half square triangles I had kept left over from something I can't even recall now. Originally I put them all together, but a friend gently suggested that if I was aiming for a table runner they might be more effective with some sashing between. 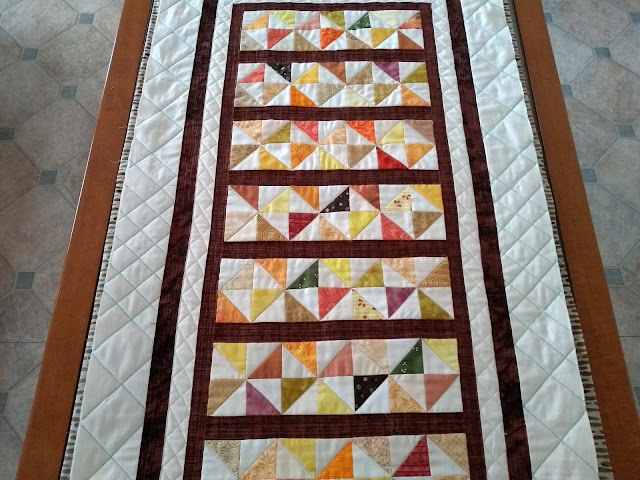 We auditioned some fabrics and settled on the brown. I'm so pleased she suggested the broken up effect. I was very pleased to find that once I put borders on it, the piece fitted perfectly on a small glass coffee table I have. Satisfaction with piece number 2.

Thirdly, as I was sorting/tidying fabric - as inspired by Rachel's piece (I stall for many of the reasons she mentions there, boredom, needing to let something brew/stew for a while in my mind etc) I came across a piece that I had done a centre for and kept all the fabrics aside, but I think I was uncertain how to proceed. I'm sure this piece must have been begun 3 or more years ago. The colours are not what I might choose today. While I may have been following a pattern initially, I don't know where that went and so the rest was up to me.
This is what I ended up with. 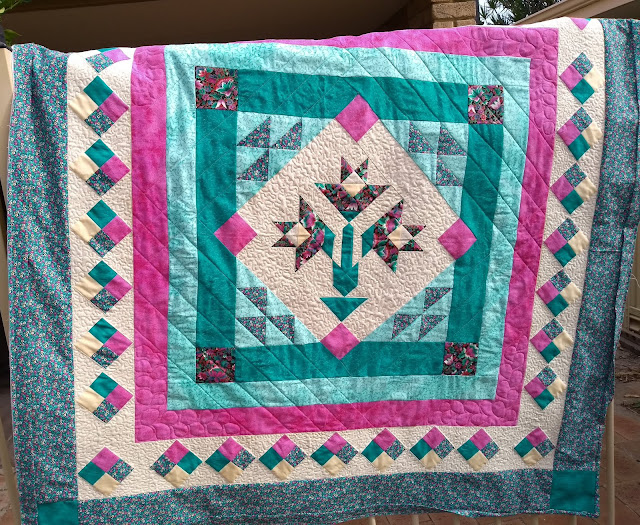 I think I did get a little tired of all the four patch squares, but once I had settled on a layout I was happy to complete them. I enjoyed the stippling in all the cream areas and also gave some spineless feathers a bit of a go in the corners of the pink. I think my neighbour might enjoy this one, so its headed in her direction once I've completed hand stitching that binding (hopefully tonight!).

While there are many more project still in the works, including yet another postage stamp quilt (I do enjoy these) 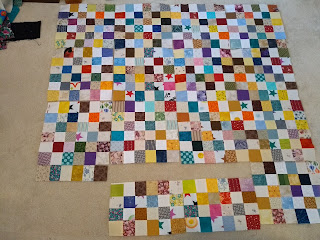 I feel as though I'm well and truly on the way. Further progress soon I trust.
I highly recommend Rachel's article, its was very inspiring and I find the blog world and generosity of other quilters one of my main enthusiasm producers. Though as Rachel also suggests, often we are better off doing rather that spending too much time looking at what others are doing. So hope you get on with yours really soon.