I'm sure that I'm not alone with several patchwork projects on the go at the same time. It does add variety to life. I'm working on a quilt for my eldest son which was inspired by a piece of fabric I had with deer on it. He lives in Switzerland and has had a long time appreciation for deer! But how to use just a fat quarter and feature it? So I checked out some blocks and came across one called Barbara Fritchie. The woman herself and history make for interesting reading and the block turns out well too.  It's made up of half square trianges (16 of them) which are also easily made from 8 squares just 7/8 inch larger than the final square required. I started with 2 7/8" squares, to end up with 2", so the whole block is an 8" square. 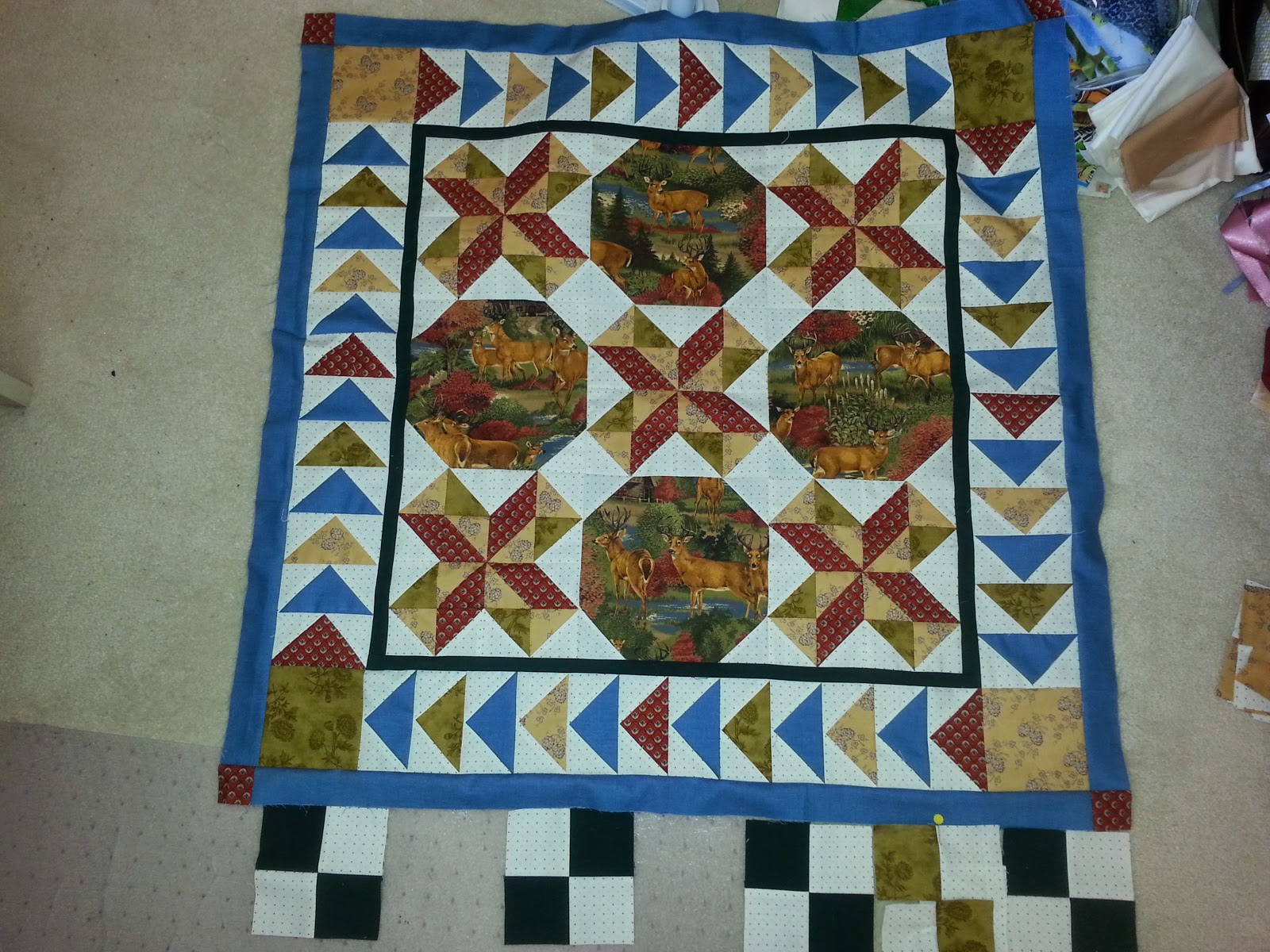 The five blocks around the feature fabric are the Barbara Fritchie ones, but having done the flying geese border I've decided to put some larger ones (starting with a 3 3/8" square which gives 2 1/2"next half square trianges - hard to believe but it works, resulting in a 10" block). This looks much better than the checkerboard border I was auditioning - that just didn't look right at all. It's a challenge creating the quilt as I go, but it also brings satisfaction as I see it grow. 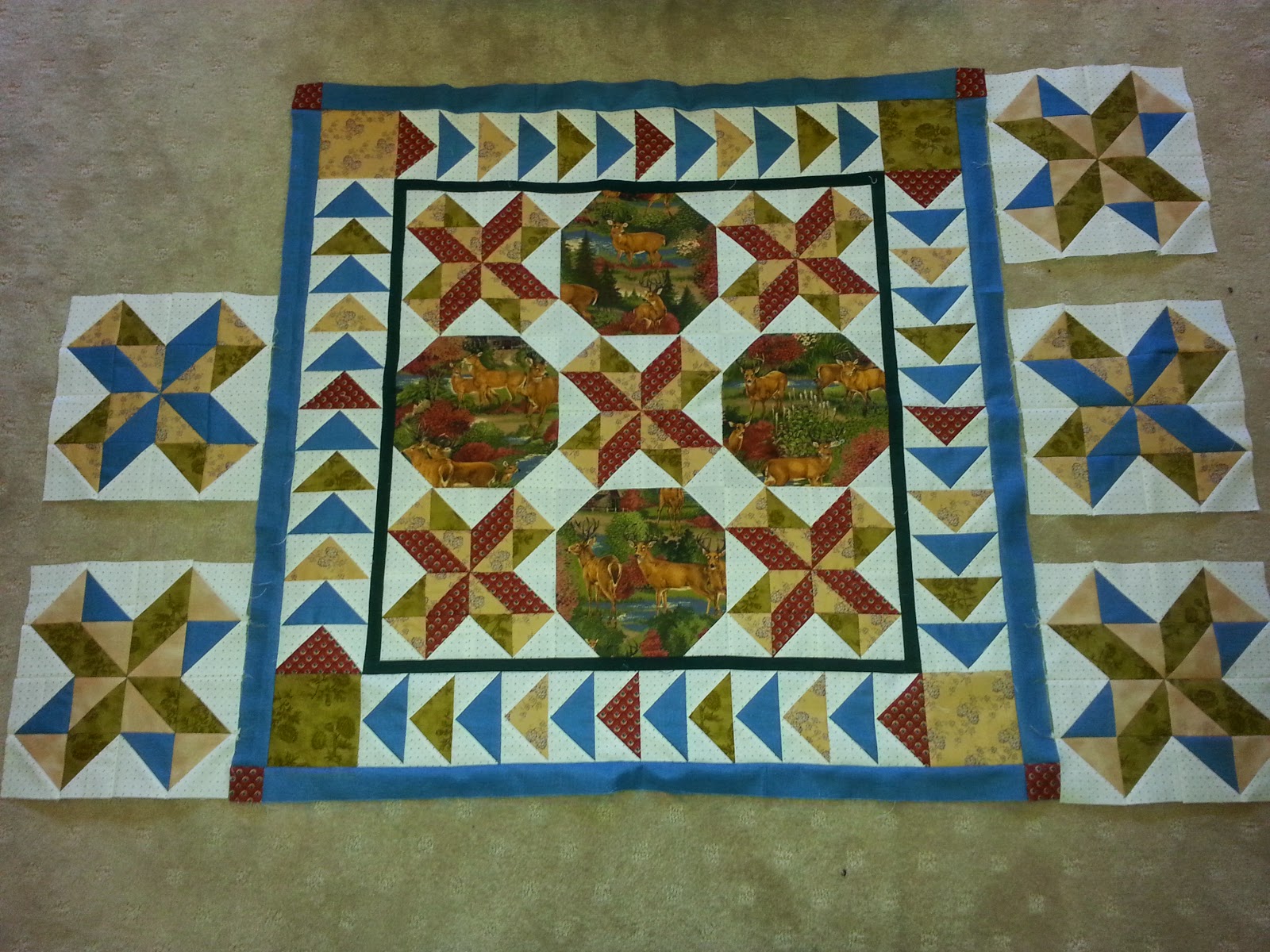 I'm thinking I might add a horizontal row of geese between these blocks on the sides, so I'll see how that looks, but I'm pretty happy with how the blocks themselves are coming along.


Last week I was inspired by a link to Bonnie Hunter's houses. They originally featured years ago, but I don't think they date at all. [http://quiltville.blogspot.com.au/2007/07/happy-scrappy-houses-too.html] They looked so colourful and fun, as well as a great way to use up 2" scraps. As leader/ender pieces they are also a great way to make progress while focusing on another project. 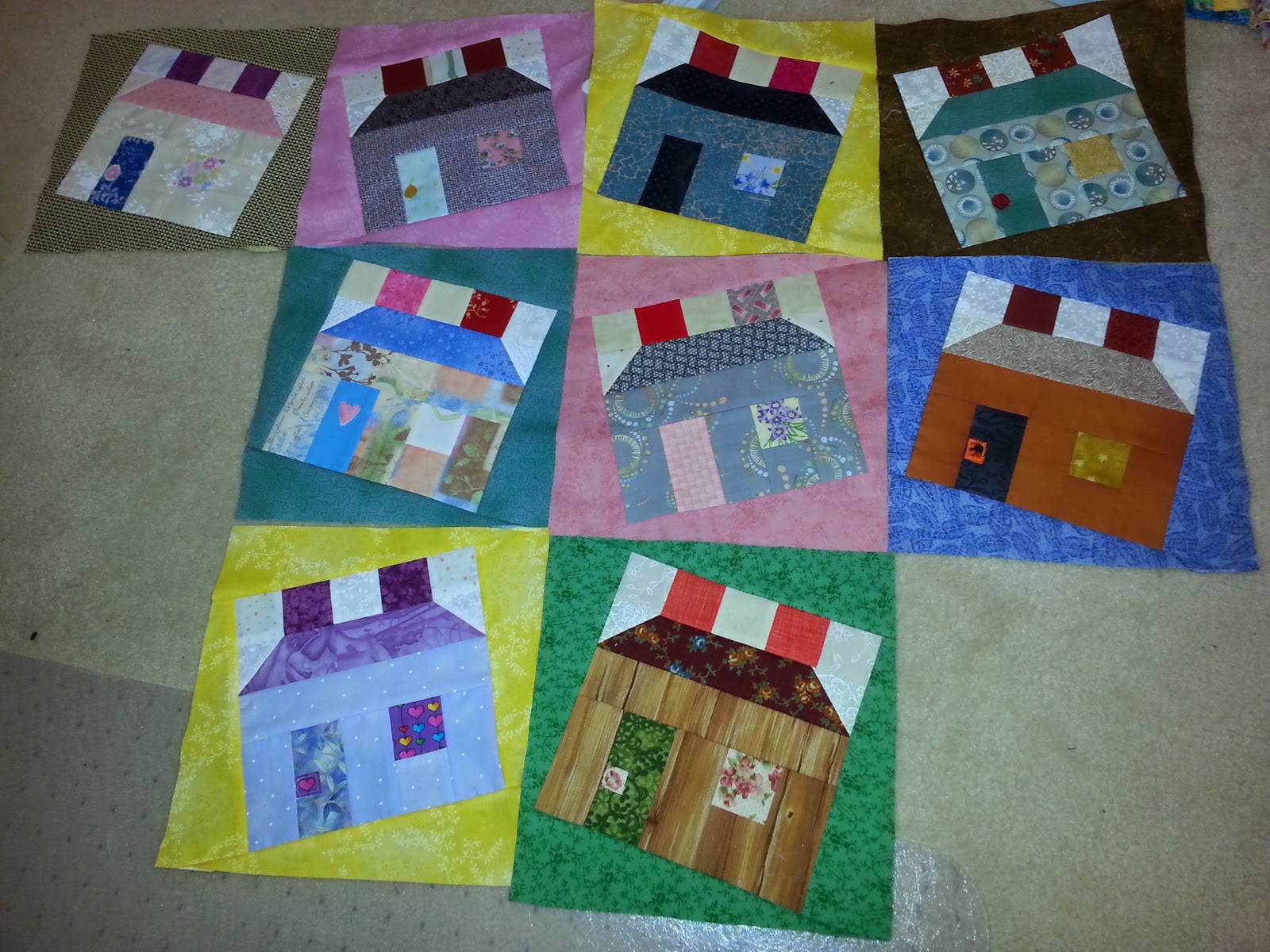 This is just a start but I can see them increasing steadily to quilt size in no time. The jaunty up and down angles do make them fun and a change from just a straight lay out. I did a little feature of door handles or knobs on some - a spider on the brown house, a heart shape on the blue door - that makes for the uniqueness of each one.
Not sure who this will be for yet - a neighbour, a friend, who knows, but it will become clearer as I continue to work I'm sure.
Well that my bit for now,
Until next time,
Lynn

Linking up with Quilt Story and Freshly Pieced.