It feels like time passes at different rates at times, though we know that it actually stays the same, there are still 24 hours in the day, the same number of days in the week and so on. And yet, its been two months since I last blogged. Admittedly I have been overseas to visit a son and daughter in law and also been down to our holiday place for a couple of weeks.

But I also haven't been doing nothing when it comes to quilting. I realised I hadn't posted about this string quilt that I really enjoyed making as its amazingly easy. It's a 'Spin me round' block, but is also doing the rounds on Facebook on various scrap quilting pages. Its all a matter of cutting  two 9.5" by 6.5" rectangles at 45 degrees and then sewing them (the first one with a partial seam) around the 3.5" centre square. There are so many possibilities, but I found it a great way to use up some of those strings. 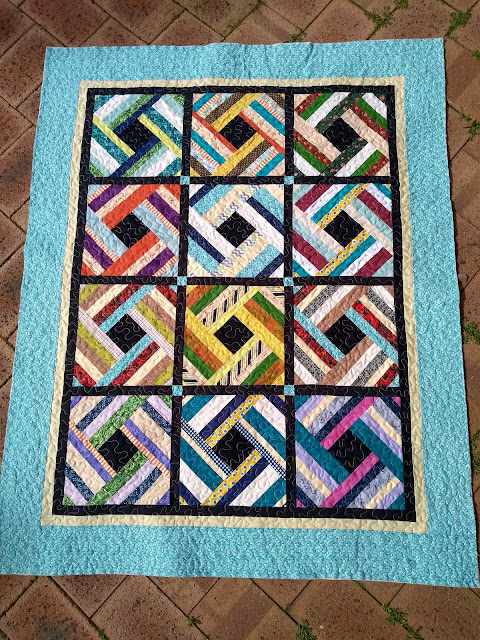 I sashed and used cornerstones before adding a couple more borders. Then I did a simple stipple all over this so as not to take away from the many busy fabrics. It was a really quick quilt to make and then given to a local hospice where I have a friend who nurses. A bit of brightness to peoples' lives when the going is very tough.

For the backing, I had picked up a sheet from our local second hand shop that I thought would work well. So here it is: 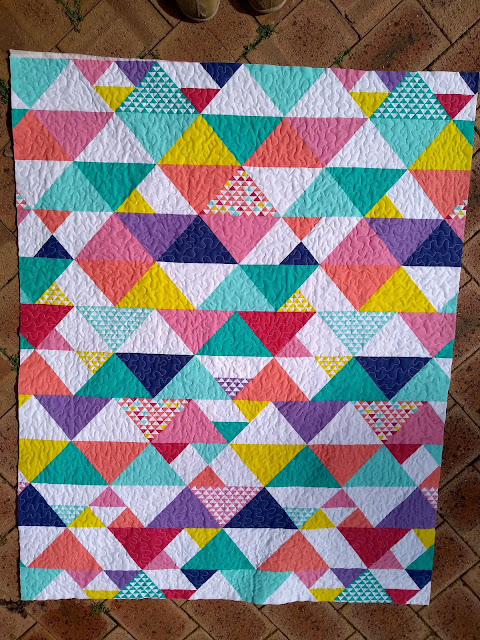 It makes the quilt reversible really, so even more variety.

Then towards the end of August I finally got around to quilting a top that I'd had sitting for several months. I had just not completed the final borders as they were a little fiddly with pinwheels in the corners. Once I had it sandwiched I had fun doing the quilting. 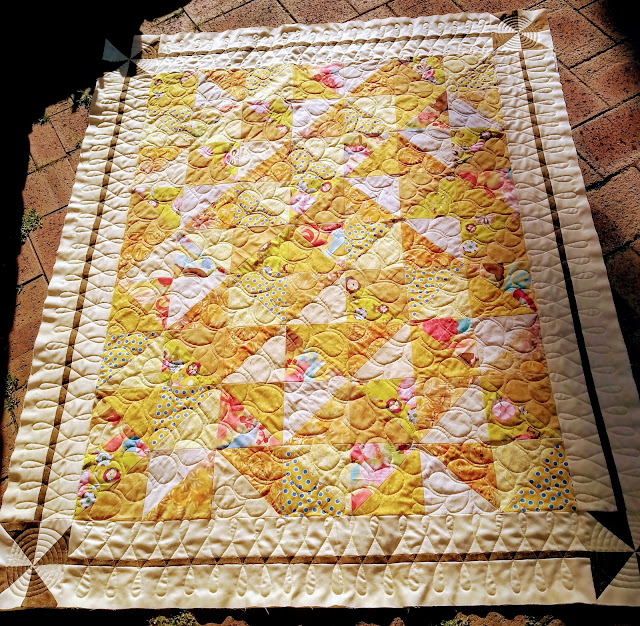 I did loose spineless feathers diagonally across the half square triangles, then in the borders those loops that always remind me of a musical clef. On the pinwheels I did a bit of a spiral. The pale lemon hasn't come out quite as true as the real colour but you get the impression anyway.

Here's a closer up of the loops, spirals and some of the feathers. I had begun with a fat quarter bundle but also added some of my own fabrics in but I really like the variety of patterns that seem to work well together. 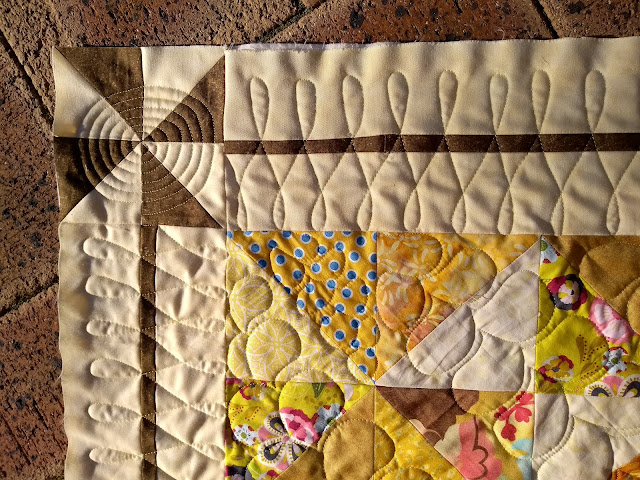 The backing was a solid which I had also used in the border, but wouldn't you know it, not quite enough. Isn't that where our creativity comes in? So I added something similar enough in tone to blend quite nicely. The afternoon sun was creeping in when I took this but I do enjoy seeing the quilting, probably as close as I'll ever get to a whole cloth! 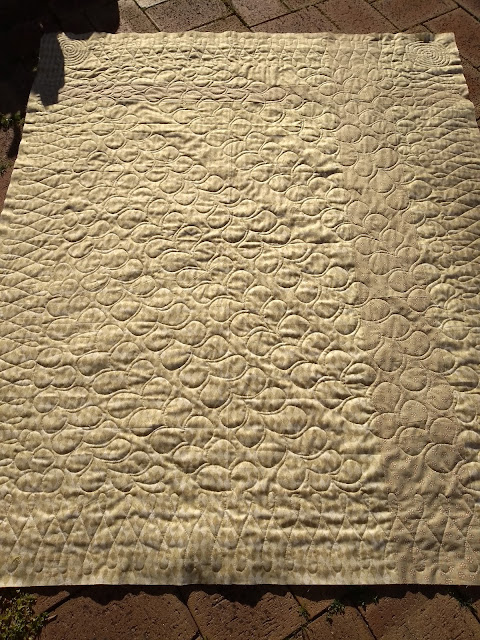 And finally for now, a close up of the soft feathers. 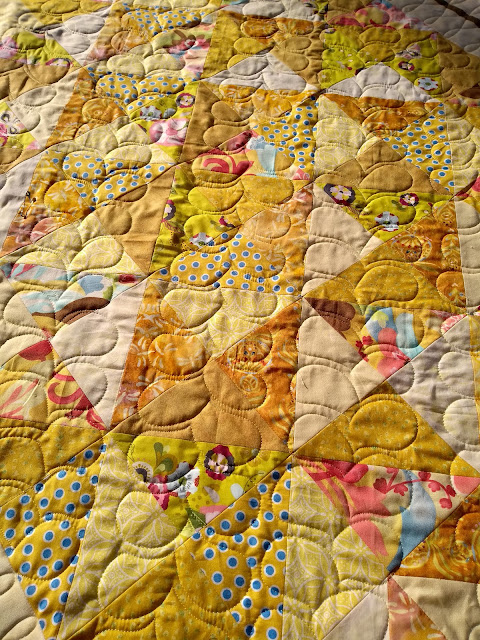 I have made other quilts during September, but I think they'll have to be for another blog. This one has sufficient photos for now. This one has yet to find a home, but I'm sure it's time will come.