Technically I am a little early for July, but a friend of mine asked whether I could quilt this panel for her. Her mother had done it some time ago, but hadn't got around to quilting it.
So here it is, the man himself with his reindeer across the sky. 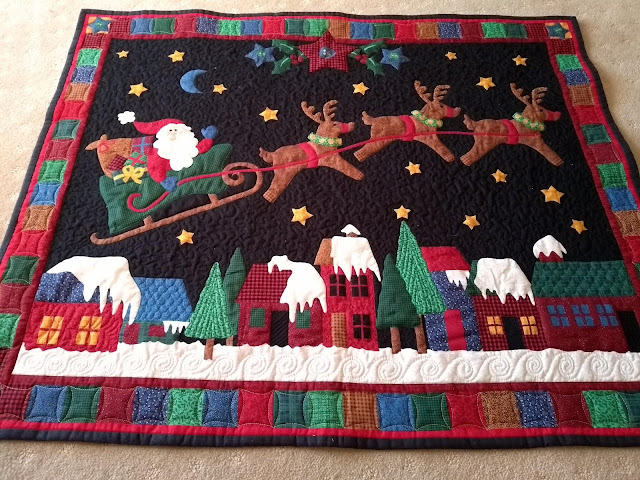 I had fun with this, look at those reindeer go: 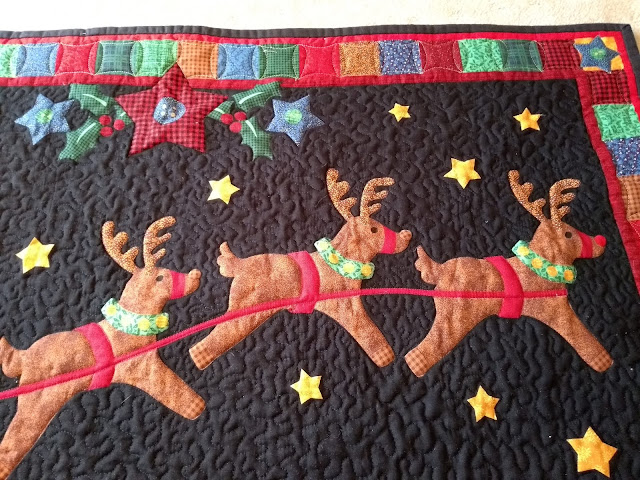 A simple stipple can be so effective in making the background recede and the main attraction pop a bit more. I did an orange peel around the squares in the border and then had some fun on the trees and roof tops: Perhaps its only Down Under where we think of having a Christmas in July event, since its our winter and thoughts of cooking a turkey or hot dinner seem far more sensible. Perhaps in the northern hemisphere it seems a bit strange - but imagine Christmas in your summer and you'll experience what we usually do in December.

So while I didn't put this panel together, I did enjoy quilting it and my friend seems pretty happy with it too.

I enjoy using scraps, making smallish quilts and particularly making quilts for new babies. So my latest finish ticks all my boxes. I have made one of these before and since its made from 2 and half inch strips, it goes together quite quickly. The fun comes in the quilting. 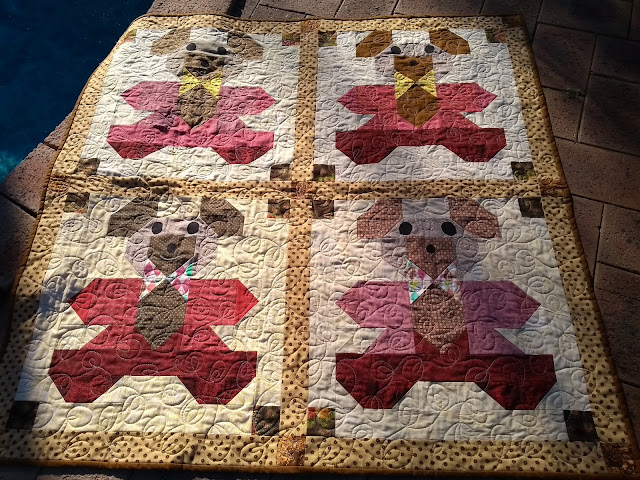 I managed to get a photo just as the sunlight was beginning to fade so there is a little shadowing but it also shows up the quilting quite well - just a fun loopy feather type shape that adds texture but leaves the quilt feeling nice and cuddly soft.

The gender of the baby was not known when I made the quilt, I thought it was quite nice that the first time parents wanted a surprise, so didn't find out what they were having (since knowing seems to be the norm). I found out last night that they've had a little girl, so these reddish/pink bears will be just fine - not that it would have mattered for a boy either since the bears are mostly brownish and really do we care about colours for babies? 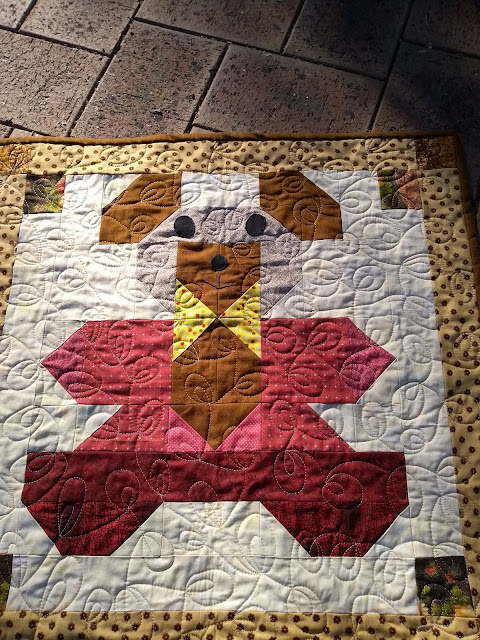 The quilt finishes around 46" square and I had a lovely buttermilk yellow for the backing which was the right size - another win. So here it is: 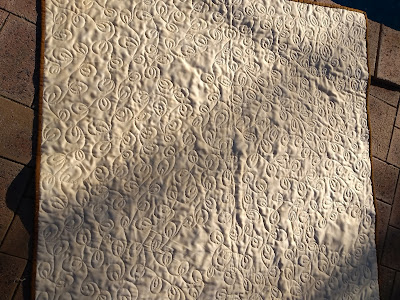 Kind of looks more beige here, but trust me it's a lovely creamy yellow. I had enough of the brown from the top right bear for the binding, so this was all from my stash.
All I need to do now is add the label and it will be on its way to the family by the end of the week.

Now, back to all these 2 and half inch squares: 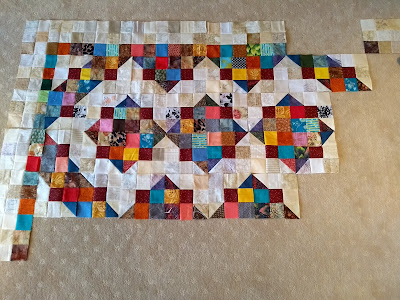 Keeps me busy and out of trouble!
Until next time,
Lynn 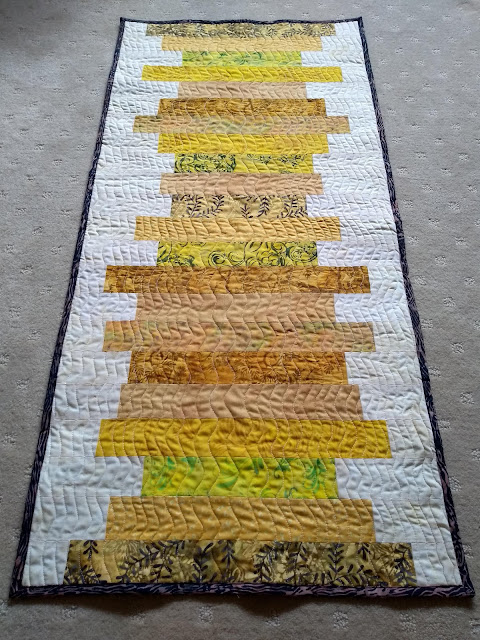 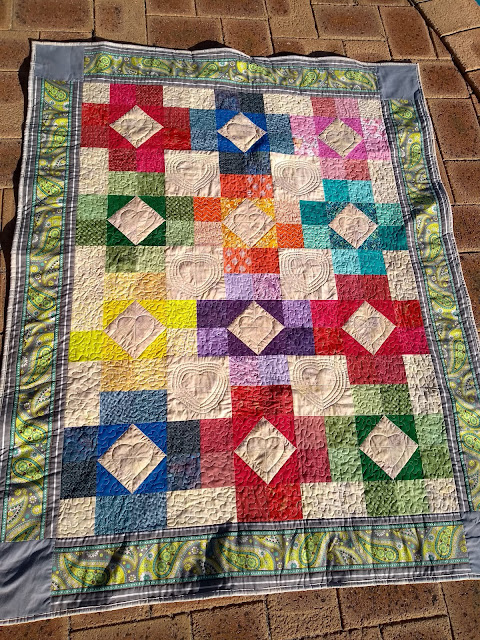 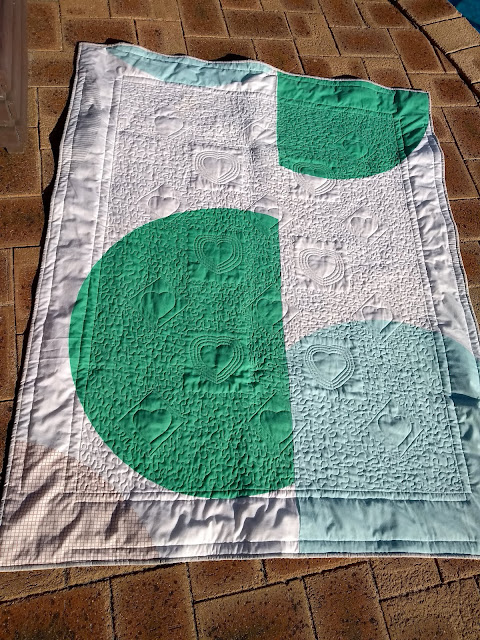 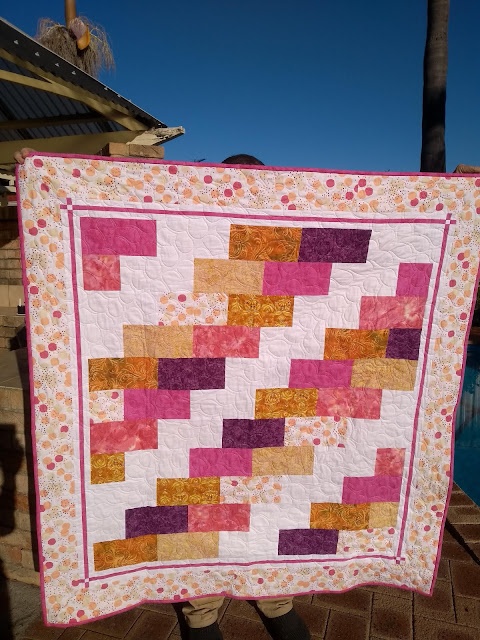 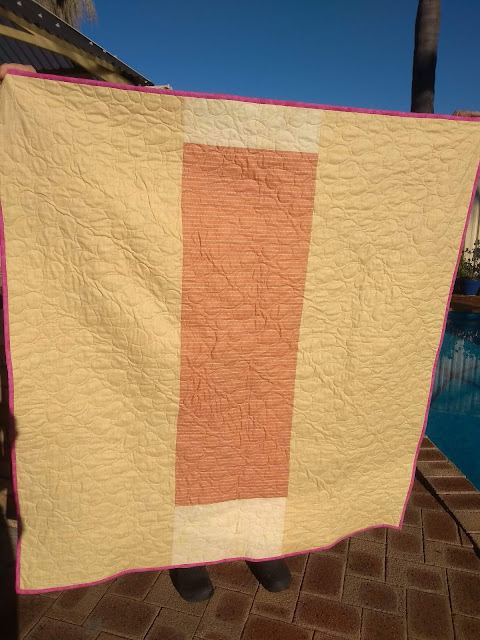