The clever women in the craft group that I, along with another friend teach each Tuesday, have been making some scrap blocks. We wanted bright colours as we are making a quilt and a bag (to put it in) for a four year old little girl who has recently needed to have open heart surgery. Isn't it lovely and bright? 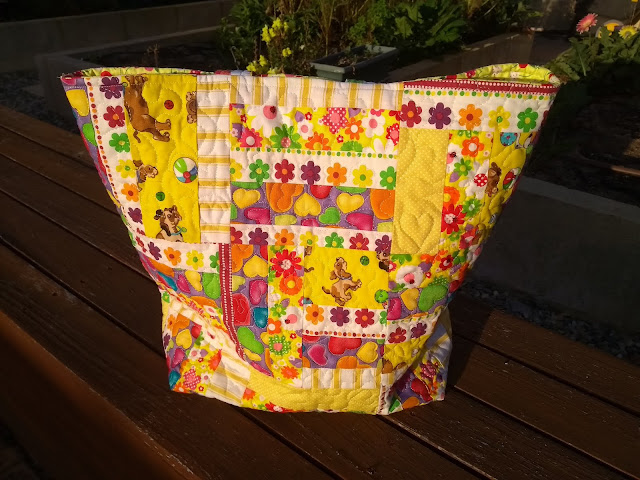 A heart was appliqued on (which also helps to tell the front from the back) and it co-ordinates with the hearts on the pocket inside. 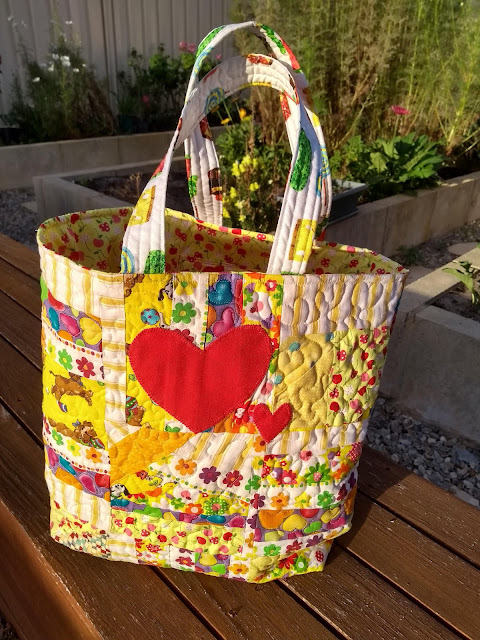 You might also be able to see that the handles are made from the 'Very Hungry Caterpillar' fabric that was around a little while ago. 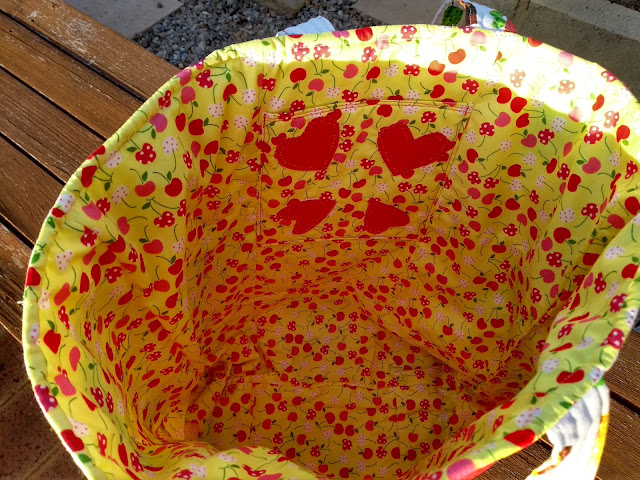 So I'm still working on the quilt itself, so will show that a little later, but for now I think this is a very cute bag for a 4 year old!

I've also completed another quilt this month, hey I'm on a roll, this is my 5th item (4 quilts, one table runner) so far this year. You'll have to excuse the terrible background, no helper and I seem to have lost the crop ability on my photos (will explore that a little later). This has been mailed off to a friend who has been diagnosed with a rather horrible disease for which there's no current cure (motor neurone). I can't imagine what that journey is like, and it seems like such a small thing to send some care in the form of a quilty hug. 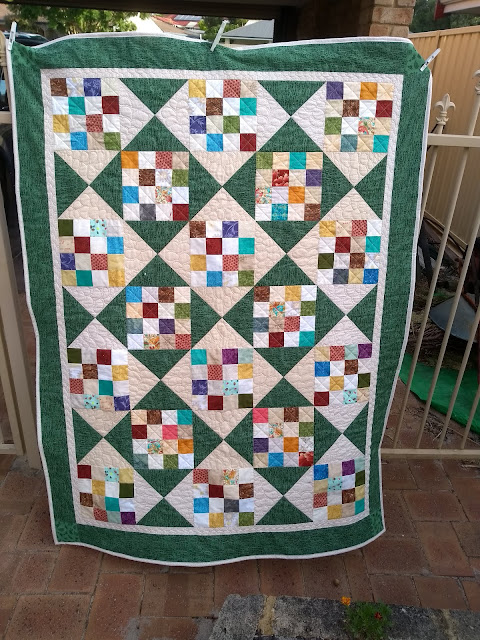 Here is a close up of the squares and some of the quilting - spineless feathers, that I had fun with. 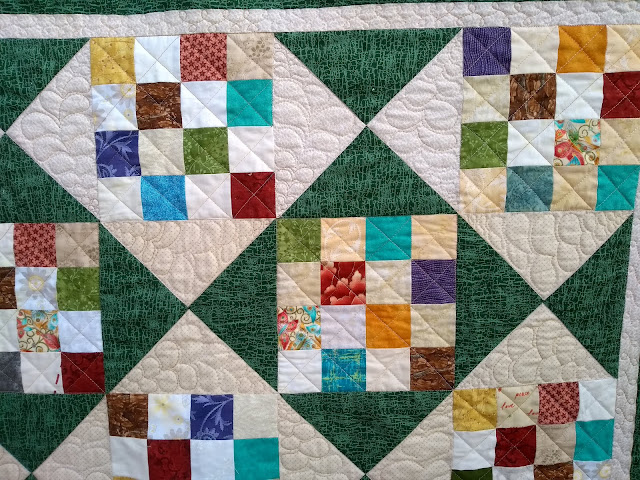 This is a great pattern to use up scraps. The green I had only a metre of and the cream backgrounds are actually 2 different fabrics, but so similar the eye doesn't initially notice. And as for 2 and half inch squares, doesn't everyone have some of those? Hourglass blocks are great to bring out a secondary pattern to otherwise quite ordinary squares. I'm sure I'll be making another of these soon.

I hope to be posting again soon, pictures of the finished quilt for the little girl.